You dont have to be high to contemplate these questions.  Easter has as much to do with Jesus as Christmas does.  Catholicism veiled pagan worship in Christianity. It is like when Scooby Doo and the gang finally catch the ghost that has been haunting the town. When they pull off the sheet, they find the town mayor. What a twist!  Lets see if we can reveal some mysteries.

Lets define Easter, on a very basic level, as we know it today to give ourselves a baseline.  Jesus died on the cross for our sins, and He was the final sacrifice. He rose from the dead, and ascended into heaven.
Passover was the original basis for the holiday so lets take a look at that as well.  The Jews celebrate Passover.  Passover occurred when the Jews were in Egypt, just before the Exodus, and the Lord was to kill the first born of every household except those who put the blood of the sacrifice over the door in a specified way.  If the blood was present then the first born would be spared.  Jews were to "observe" Passover every year "forever".  The basic idea is the blood of the sacrifice would spare the house of those who believed it enough to do it.  Their faith in the word of the Lord saved them.  This eventually lead to animal sacrifices, but animal sacrifices were a temporary fix until an unblemished sacrifice would come.  Jesus'(perfect sacrifice) blood(the final sacrifice) would be sufficient to cover our sins and spare us Gods wrath for that sin.
The common idea is that with Jesus' resurrection there is a new celebration.  There is no biblical evidence to support that.  Like all other wonky "Christian" traditions you can trace it back to a Jesuit priest using the tactic of "learning against learning".   The idea here is not that celebrating a biblical Easter is bad, but neglecting the Passover is the true intent of Easter that is how the Vatican works.  They look to put themselves in between people and God.  The church and its priests are the mediators between God and man in their eyes.  It sounds kind of antithetical to the ideas of sola scriptura.

Easter is by all accounts a pagan religious event.  How it is represented through symbolism is where things get sketchy.  Whenever you have a holiday of any sort you dont understand just search the date and "pagan" and it will give you a good starting point. So, What are the pagan holidays associated with the vernal(spring) equinox? 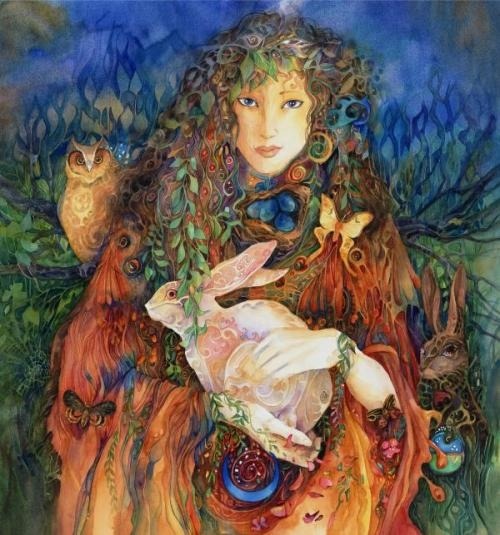 Easter is the English spelling Ostara which is the vernal equinox.  German(where we get most of our Christmas traditions) immigrants brought their pagan traditions from Europe, and they were incorporated into the religious holidays of Catholic sun worship. Kids would build a nest out of their hats, and if they were good then the Easter bunny would leave them colored eggs the next day.  Easter was placed near Passover to distract from the event that Jesus said should be practiced.

How did the date get settled?
Jewish Passover is celebrated based on the Lunar cycles.  The days change but the lunar cycle doesnt.  It helps if you understand that time doesnt exist.  Passover is calculated 15 days after the first full moon after the vernal equinox.  Passover can occur on any day and is specifically tied to the phases of the moon.  Also, Jewish days start at night, thus a sunrise would have little significance to Jesus.
Remember this, ALL dates in the calendar are created by the Vatican and have a pagan origin shrouded in Christianity to blur the two ideals. In this case, 325AD at the Council of Nicaea the Vatican decreed that Easter would be celebrated on the first SUNDAY after the full moon on or after the vernal equinox(~March 21).  The came about this dating by using two criteria: independence of the Jewish calendar and global uniformity.  In doing this it also changed the day of rest from Saturday to Sunday. It made it official in 336AD at the Council of Laodicea. It took further action and rewrote the 10 Commandments in 400AD.  The pope thinks it has authority to "change times and laws".  Sounds like a "little horn" to me.


Why would Jesus want to celebrate on a SUNDAY when he clearly promotes the Sabbath(7th day)?  The Vatican claims it has the power to change times and laws because it claims to have power over heaven, earth and the underworld(three crowns in the flag) and temporal power and spiritual power (two keys on its flag).
The dates(not the moon cycles; cant alter those) were altered by the Vatican starting in 1582(it took a while for everyone else to catch on.) when they switched to the Gregorian calendar(named after pope Gregory) which is what is used today.  Typically, the celebration is kicked off with a sunrise service(Catholic sun worship).  Jesus rose at night which is when the Jewish day begins.
Notice how the Vatican use the events in Christianity to force a celebration based on their pagan traditions centered around the vernal equinox which is a important day for pagans.