What were the views of the El Paso shooter? 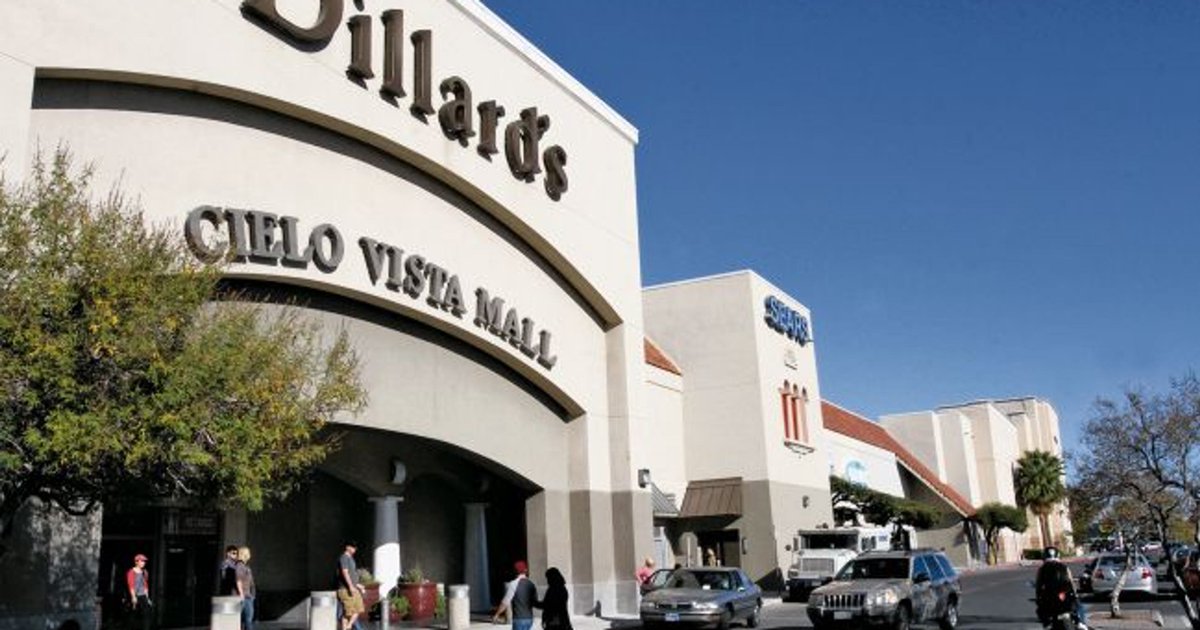 The El Paso shooter put out a manifesto. The MSM will try and tie him to a group that suits their narrative. They will say "ALT-Right" and "white supremacist". I am not attempting to defend his actions. I just seek to shed light on his true motivations. I will attempt to show you the truth. "Out of love for the truth"


I would like to show you in his own words how he is actually a COMMUNIST and radical environmentalism. Communism does not instantly make you loyal to Russia. It makes you loyal to the COMMUNity you live this is the key to his beliefs.


"I support the Christchurch shooter and his manifesto."
He starts out the manifesto with "I support the Christchurch shooter and his manifesto." Christchurch is a reference to the New Zealand mosque shootings conspiracy. I call it shootingS plural and a conspiracy not because Im questioning whether it happened or not, but because it was a conspiracy by a group of people even though we only hear about the one. If you look at Tarrants manifesto he makes a convenient infographic(above) to save you from reading his 71 page ramble. While the MSM will focus on the "ethnic autonomy"(bottom left of image) portion and call it "white supremacy" they will completely ignore the 7 other portions which are Antifa and Democratic talking points, and if you know your history then you know "ethnic autonomy" has been a Democratic talking point as well. So calling him a leftist is much more fitting with his views.

"our lifestyle is destroying the environment of our country."
Radical environmentalism is a facet of the left. He follows the views of Bill Gates, the Georgia Guide stones guideline #1 and others in seeking to reduce the population to save the environment. If you click the Gates link above and watch for 10 seconds then Gates himself will tell you that to reduce carbon emissions we need to reduce a few different aspects of the equation one is "services" which Crusius doesnt believe can happen "Everything I have seen and heard in my short life has led me to believe that the average American isn’t willing to change their lifestyle, even if the changes only cause a slight inconvenience." the other is "people" which he thinks that he can help with. "An incentive that myself and many other patriotic Americans will provide."  He is extremely delusional in that, but whatever. With this quote I would also like to point out it appears he has been in contact with other like minded people, and we should expect other attacks like this in the near future. I hope the FBI can connect some digital dots. As I write this I find overwhelming evidence that the Dayton shooting was done by yet another "leftist"(his view of himself). Betts was even following the coverage of  and PRAISING the El Paso shooting. THEY KNOW EACH OTHER BY DEEDS. The shooter at the Garlic Festival in California before this had similar radical environmentalist views. This is super alarming. The lefts calls for violence from our politicians is being heard.

"My ideology has not changed for several years. My opinions on automation, immigration, and the rest predate Trump and his campaign for president. I putting this here because some people will blame the President or certain presidential candidates for the attack. This is not the case. I know that the media will probably call me a white supremacist anyway and blame Trump’s rhetoric. The media is infamous for fake news."
He called it, but why? The same reason he wrote the manifesto. He wanted his message to get out. At one point he even says, "But the idea of deporting or murdering all non-white Americans is horrific." His rationale is dizzying I know, but it just shows you how confused he was and how someone manipulated his emotions to radicalize him to the causes of the left. Think about it. What sides cause does this advance? The actions he took will clearly only push the infringement of gun rights. Will shooting 20 people somehow stop people from illegally immigrating here? No, that is silly. They are crossing a treacherous desert sometimes multiple countries and risking death from exposure and even rape(80% of the females) to get to this country for an easier life instead of taking back the governments in their own country.

"haters of our collective values," "Our European comrades don’t have the gun rights needed to repel the millions of invaders that plaque their country."
If the other parts didnt convince you hopefully these phrases will. Normal people dont use phrases like these. These phrases are the things you would hear in a communist meeting. Im sure these things were heard in Russia in the early 1900's. There was a massive purge during the Bolshevik revolution all the way through to the communist takeover and under Stalin. He killed millions by starvation alone. Lets not forget the French revolution and communist tactics used in that period as well.

He killed 20 people and injured 26 others 9 of those killed were his goal of Mexican nationals. His methods are completely consistent with communist going back to its inception. Communism was not started in Russia. It was started in Paraguay by the Jesuit order of the Roman Catholic Church back in the 1600's. Even in the early days, the brutal subjugation by the Jesuits killed thousands. 300 years later the Bolshevik Revolution emerges in Russia along with the Jesuits thoroughly practiced revolution tactics, refined during the French Revolution, and communism ended up killing well over 20 million people(about the number of illegals estimated in the US today) in Russia and surrounding areas. Communism = mass casualties. I challenge you to look for one instance of its implementation that doesnt have mass death as part of its creation or crumbling.

Why a busy Walmart near the border? An El Paso Congressman seems to think there is something to his location choice. I would like to say, "DUH". He wants to kill illegals or immigrants coming into the US and send a message. "An incentive that myself and many other patriotic Americans will provide." It would make sense to hit a heavily trafficked area to maximize the probability of impacting those targets. But why a Walmart? Maybe he should tell us why he chose a Walmart specifically, "Attack low security targets. Even though you might out gun a security
guard or police man, they likely beat you in armor, training and numbers. Do not throw away your life on an unnecessarily dangerous target."  Isnt that the counterargument for gun free zones like Walmarts, malls, schools ect...?

The MSM wants you to be on the look out for the "ALT right" but the LEFT is truly the group to look out for. Consider all the violence by Antifa members. Random attacks on people wearing MAGA hats. The MSM consistently praises Antifa and they grow bolder by the day. Why are the things advocated for in these shooters so closely aligned with the left? I hope you looked at the data critically, and looked into the links provided for more background information. Be careful of these radical environmentalist.  They have nothing to live for. They believe the world will end in 10 years.  You can see the slow drift in a daily news feed all across the globe. Wake up and watch for it.

Fight back against the shooters and stop them. They are untrained amateurs who have done little if any objective research, and can be overtaken easily.  An attempted mosque shooting in Norway shortly after Dayton and El Paso was stopped by a 65 year old man. I have been preaching this since viewing the Autralia shooting video.  The Australia video should be an ad promoting concealed carry.  He was a complete amateur, but because everyone ran away and no one challenged him he killed over 40 people.  Tarrant dropped all of his mags in the mosque hallway, and had to return to pick up a magazine to reload each time. 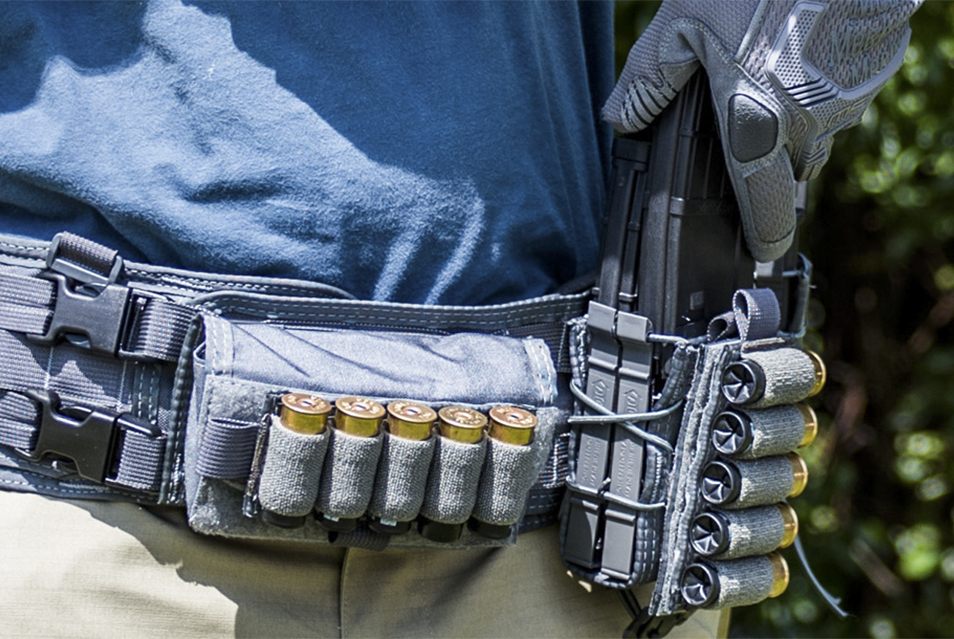