No, not the useless magazine.
What is time then?
Does time exist?
How long has time existed? 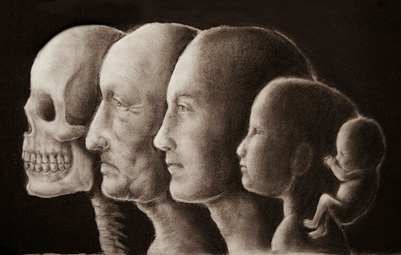 We put a lot of emphasis on time because we are mortal.  We have a finite TIME to get things done.  But everyone's time is different.  If my time was broken up into sections it wouldnt match your time.  This was an issue in history because time was based on a kings life, but time was different in every kingdom.  Until the Seleucid's began counting time on a continual basis.  Ancient time is hard to synchronize because of that issue.  Would we emphasize time if we were immortal?

The working mechanism of time is outside our dimension. Scientist seem to be awakening to the idea that we are only able to experience some of the dimensions that exist. You may have heard that life is an illusion or seen the Matrix those are conceptually based on the idea of a multidimensional universe. But we cant just wake up in another dimension. We cant exist there as we are. Like a 2D drawing would need an additional dimensions to exist in 3D and would need to be re-rendered in order to exist. Could you imagine the work required to take it into 10 other dimensions?

No human will develop a "time machine". Time travel is possible, BUT it would require an entity outside of our dimension. We lack the ability to fully understand these concepts so navigating them or even accessing them is impossible. However, experiencing them might be possible with extra-dimensional influence.
Time travel(assuming we could) would be like asking a 1st grade class to construct a Mars rover that accurately lands at coordinates near the current rover. Just getting the rover there would be greatest accomplishment.
How do we measure time?
Time is largely measured by rotations around a star we call the sun.   One rotation around the sun is called a year.  We break up those years with celestial events like equinoxes and solstices.  A year is broken down and broken down and broken down until TODAY we have seconds that are measured by electricity passing through a piece of quartz.  How many seconds were there before electricity?  When did a minute start to be a thing?
As we advanced in technology time gained smaller and smaller segments and time was more and more important on a smaller scale.  How mad do you get when you have to wait in line at a drive-thru for 5 WHOLE MINUTES?

I cant prove this to you any further, and it cant really be disproven either.  Time is just a crutch us mortals use to attempt to understand the things we will never be able to...